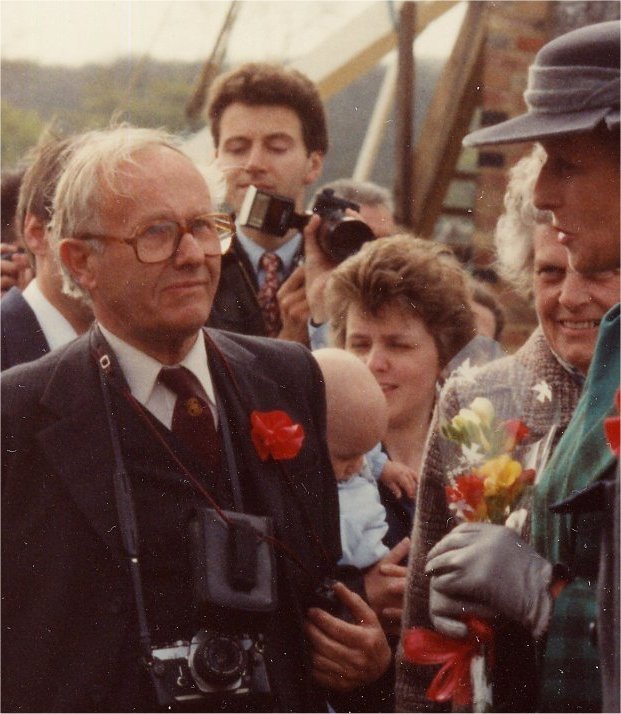 Frank kept notebooks listing all the photographs he took from his teenage years up to the 1970s; these survive as part of his collection. It appears from these notebooks that Frank first went abroad to France in August 1939. This was a family holiday only a few weeks before Great Britain and France declared war when Germany invaded Poland on 1st September. During the war Frank kept his visits within the UK. However, between 1948 and 1961, Frank made up for lost time with many visits abroad, sometimes visiting countries more than once: France, the Alps, Norway, Italy, Spain, the Netherlands, Yugoslavia, Austria, Belgium, Germany and Greece. It is possible to track Frank’s journeys and identify the places where he took photographs. A stop in one country, passing through to the holiday destination, would often lead to a longer trip in the future; some of the later holidays were with Betty and Joy.

Frank joined TIMS (The International Molinological Society) in the 1970s and travelled widely across mainland Europe, Scandanavia and Russia visiting open air museums and mill sites. He also made several trips to America and Canada. Over the years, Frank became particularly drawn to Eastern Europe where many mills still form part of the local economy, unlike England where working mills are often regarded as tourist attractions.

As with his mill visits in the UK, his foreign tours did not pass without incident either. David Jones of Surrey recalls an occasion in France, when five people including Frank capsized in a boat during a mill visit. In April 1982, on their way to a TIMS Symposium, Frank Gregory, Niall Roberts and David Jones visited the Moulin d’Ande, the only example of a moulin pendant that was in a reasonable condition. David had surveyed the mill in 1981 with Chris Gibbings. On that occasion, David and Chris had borrowed a boat from the mill and rowed out under it to look at the wheel and the gear. They stood a builder’s ladder in the boat, lashed it to the millwork and worked without incident. On that fateful day in 1982, David was keen to show Frank and Niall the workings and backed by his experience the previous year, they borrowed a boat and rowed under the wheel again. However, the mill owner and one of her other guests, insisted on coming so that the owner could inspect the parts she didn’t normally see; they also did the rowing. According to David Jones, this is what happened:

The water was over three metres deep, with a strong current, so the boat needed careful handling. This time the owner and her guest did that [the rowing] and it wasn’t done well. They allowed the current to sweep it [the boat] broadside to the flow, where it jammed between the walls. Water poured over the side, the boat capsized and floated away upside down leaving its occupants in the water. The mill owner and her guest were in the bows and they swam out with the current and reached the bank. David Jones was in the middle and found himself in the river. He managed to hold on to the broken end of the central rim of the wheel with water up to his shoulders. Frank Gregory and Niall Roberts were luckier, for they were next to the intact end of the wheel, where they managed to stand on the cog rim and hold on to the upright shaft with their feet just in the water.

They all realised that they were safe whilst they did nothing, but any action on their part could only make things worse. As the owner and her guest had reached safety, everyone on the site would know what had happened so they [David, Frank and Niall] just had to wait until another boat came to the rescue ten minutes later. Once they landed there was no shortage of help; they were immediately taken off to the showers to get warmed up and dried off. Fortunately, as they were on their way to the Symposium, they all had dry clothes packed. Only then did they hear what the crowd of French guests at the mill thought of the incident. Apparently they were amazed at the response of David, Frank and Niall to their predicament. The guests had expected to hear screams and calls for help, yet there were none. They had heard that the English were alleged to always remain calm in the face of disaster, but they never expected to see them actually doing it!