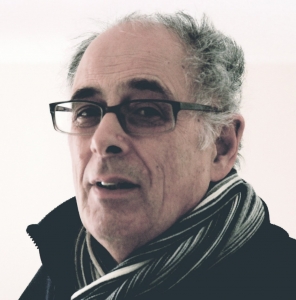 The following tribute to Geoff by his wife Lynn was read at his funeral:

Geoffrey Richard Holman was born on the 18th of August 1937 in Canterbury to Margaret and Tom Holman. With his older brother, he cycled around East Kent when young. No doubt his parents assumed he’d be safe with David, but Geoff recalled the thrill of returning long after dark with punctured bikes, on a passing farmer’s truck.

In the war Geoff was evacuated to his grandparents’ Lincolnshire farm; he collected eggs every day and ‘helped’ his grandfather mend farm implements; this, together with his father’s keen interest in carpentry, was the foundation of his own love of ‘tinkering about’. He was never happier than when he was mending a toy or rewiring a light.

Geoff was passionate about cricket, swimming and photography. Still a schoolboy, he started up the Canterbury Camera Club and his father, also a keen photographer, became the Chairman. Geoff’s first employment was at the Met Office, preparing weather forecasts. His love of cloud formations was born. But commuting was lengthy, so Geoff took a job at Chiesmans in Lewisham where his boss was the England cricketer, Colin Cowdrey. Geoff by now was a freelance photographer and later worked at a large camera store in Bromley.

Then, surprisingly, he landed a job on a cruise liner, travelling around America, the Caribbean and the Mediterranean. Here he learned the technique of photographing difficult customers – including a lion, part of the Tarzan cast. On his return Geoff worked for a Press Bureau, photographing society events, often for publication in the Tatler and Country Life. His friendly manner enabled him to put debs – as well as their mothers – at ease.

Geoff gained a teaching qualification in audiovisual media and later a postgraduate diploma, both with distinction, while working for the ILEA. His job took him to Baghdad with the British Council to train Iraqi lecturers. While there he unwittingly provoked a potential international incident by photocopying a map showing the unacknowledged state of Israel. For some years he worked at the Sidney Webb teacher training college where he broadened his work into video and film.

Geoff was appointed head of the Audiovisual Department at the College for the Distributive Trades in Leicester Square, managing the design and provision of classroom materials and overseeing educational television recording. After a merger with the London College of Printing, he managed the open access computer centre in the days when computers frequently broke down, losing students’ work. It became impossible to shop in South East London without being greeted enthusiastically by former students who proudly offered him special deals on electrical goods or holidays.

Geoff moved to Bookham, where Sophie and Tim went to school. They holidayed in the South of France, Cornwall and Wales. Geoff particularly remembered cycling with Tim in the Isle of Wight – just the two of them. He was very proud that both children went to university, admiring Sophie’s persistence -and really happy that they married such loving partners.

When his children left home, Geoff and Lynn moved to London and later married. They had met briefly at work long before. Having met by chance again, it was love at second sight. They bought an apartment in the South of France. Following Geoff’s retirement they bought a small flat in London and moved house to Littlebourne where they gardened and Geoff tended his vegetable plot. He was a great cook and his rock cakes are renowned.

Geoff and Lynn spent many holidays in their French apartment. With his camera and his schoolboy French, Geoff was well known in the village. Lynn and Geoff had wonderful holidays worldwide, adding to Geoff’s enormous collection of photographs.

Geoff was writing a history of the Holman family and the windmills they built. Now there are plans to finish it. He founded, organised and chaired the Kent Mills Society. He actively supported the work of the Mills Archive and more recently a Dutch venture to rebuild the Holman windmill in Jerusalem which should be completed later this year.

On the Management Committee of the London estate, Geoff was renowned for his practical common sense which ranged from supervising the upgrade of digital television aerials to identifying stopcocks and writing instructions for residents. For some years he designed and produced the quarterly Newsletter and later a monthly news-sheet. The thoughts of many of the residents are with us today.

Geoff often visited photographic exhibitions and helped set some up for his long-standing photographer friends. Despite living in London he visited his children and grandchildren in Surrey on a weekly basis to spend time with them. He loved doing arty things, telling jokes, doing magic tricks, or playing football with all eleven grandchildren. He was a great Papa and Grandpa Geoff.

Geoff was a man of good humour and loved to joke. He had an easy-going manner, was friendly, always had time for a chat, was loyal, devoted to his wife and family and always consistent.