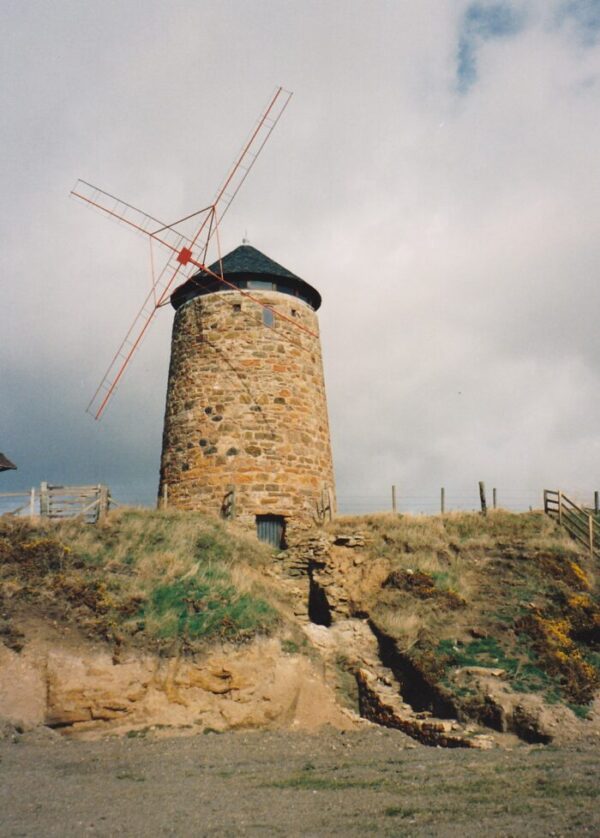 Rock salt (halite) can be found throughout the world, and was formed by the evaporation of salt water from seas, lakes and marshes, leaving behind salt deposits. Himalayan rock salt is mined in the Punjab region of Pakistan, and often has a pinkish tint due to mineral impurities. In Cheshire in the north west of England, salt rock deposits were formed about 220 million years ago in the Triassic period by the evaporation of salt marshes. Many of the towns in Cheshire such as Northwich, Middlewich and Nantwich take their names from the production of salt – the endings ‘wych’ or ‘wich’ referred to the saltworks.

The salt mine in Winsford was opened in 1844. The salt was extracted using explosives and shovels, and transported to the surface in wooden barrels. The work would have been difficult and the lighting poor as this relied on candles fixed to the rock – unused candles can still be found in the mine. Electricity was introduced in the 1930s. The mine closed in 1892 but reopened in 1928, and is still in operation.

The salt mine at Wieliczka in Poland was established in the 13th century – at first brine welling up to the surface was collected, and later shafts were dug to extract rock salt. A Hungarian horse gear and a Saxon treadmill were used for hauling salt to the surface.

The mine is associated with the legend of Princess Kinga, a Hungarian princess who married the Prince of Krakow. Before leaving Hungary she threw her engagement ring into the shaft of a salt mine in Maramaros, and it was then discovered inside a lump of salt in the mine at Wieliczka. Kinga thus became the patron saint of salt miners.

In Southwold, Suffolk, seawater from the flooding of the River Blyth during high spring tides was allowed to evaporate, forming a brine. This was then pumped by wind power to the salt works, where it was dried at various temperatures in coal-fired iron pans to make salt crystals. Commercial production here ceased in 1893.

At St Monan’s, Fife salt extraction began in the reign of Queen Mary of Scots who introduced a salt tax to increase revenue to the country. The history of the salt industry of this area was recorded between 1984 and 1991 by the Royal Commission on Ancient and Historical Monuments of Scotland. A windmill, set high on a raised beach, was used for pumping seawater down channels to the salt pans. The windmill still remains today, although it has been repaired in manner different to its original design and is used as a viewing platform to view the site.

Windpumps have been used in a similar way on the Turks and Caicos Islands in the Atlantic Ocean, as well as in Tunisia.