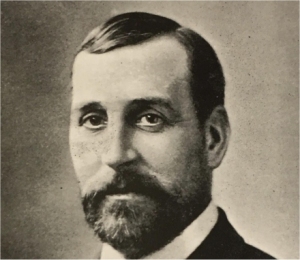 Education: Went to a small private school at Swinefleet near Goole. Left school aged 14 and went to work in his father’s mill.

Notable Accomplishments: Founder of Joseph Rank Ltd. which was at one point Britain’s largest flour milling company. Opened Alexandra Mill in Hull on the roller milling system in 1885 and expanded his company throughout the country with further mills established in London, Cardiff, and Belfast alongside the ones in Hull.

Other Actions: Established the Joseph Rank Benevolent Fund for ‘poor persons of good character who from age, ill-health, accident, or infirmity, are wholly or in part unable to maintain themselves by their own exertions’. Gave generous donations to multiple causes but most especially to the Methodist Church. Accepted only one public honour, the Freedom of Kingston-Upon-Hull bestowed on 11 July 1935.

Attributes: ‘In all he did he was simple and direct. He had no time for pretentiousness. Just as he hated obsequiousness in subordinates, so he was unaffected in his treatment of them’. ‘His life can be summed up in a few words – thrift, hard work, humility, honesty, fidelity, and a deep religious faith’ (Burnett (2004), pp.180&226).

Categories: Biographies, Hidden Heroes, The March of the Roller Mill 1850-1920