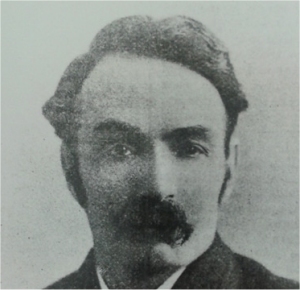 Education: Left school before the age of fourteen, and went to work in a watermill. Passed the City and Guilds examination in milling, with 1st Class Honours, in 1883. Qualified as a teacher in 1885.

Notable Accomplishments: Worked at Albert Flour Mills, Gloucester, working his way up from foreman, to mill manger, to director, and finally joint managing director of the firm. Formed the Gloucester Millers’ Technical Class, first of its kind in the country. Wrote Modern Flour Milling in 1889, the first milling textbook written by an English author. Two new editions of this work was published during the 19th century.

Other Acts: Member of nabim and frequent contributor of articles to The Miller. Awarded Gold Medal by the National Association of British and Irish Millers in 1889. Well-known member of All Saints’ Church, Gloucester.

Attributes: ‘William Richard Voller…arriving in Gloucester to begin his long and honoured association with one of the foremost industries of life, the milling industry…all through the years he gave unstinted service, always ready to shoulder his part of any burden or problem that had to be faced…there were many in Gloucester to-day who, in their hearts, knew how much they owed to the wise counsel and generous help and, above all, to the example of William Richard Voller’ (’61 Years Link with Church’, Gloucester Journal, 25 September 1937, p.3).

Read about the importance of Voller’s Modern Flour Milling on the milling industry here, or read about a letter found in an edition of Voller here.