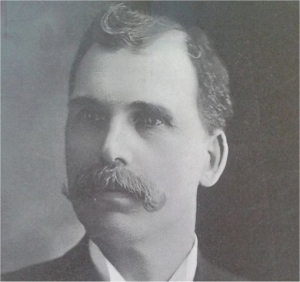 Education: His family moved to Canada and from the age of 11 attended school during the winter months. Aged 17, he learnt the millwright trade.

Notable Accomplishments: He worked for Otis A. Pray from 1866 onwards, and became head draughtsman and milling engineer for a time, and then relocated to Milwaukee in 1876 where he took charge of the flour mill construction division at Edward P Allis Company. He would become chief engineer at this company and “was the designer, inventor, and caused to be introduced the roller now known as Gray’s patent noiseless roller, containing solid cast-iron frame, belt drive and more and finer adjustments than any other roller that ever was built up to that time” (The Northwestern Miller, May 16, 1900, p.952). First installed his machines at the Schoellkopf & Matthews mill at Niagara Falls, in 1878, but more prominently installed them in the Washburn ‘Experimental C Mill’ the following year with many other mill installations credited to him in the following years.

Other Acts: Visited Europe in the autumn of 1878 to the spring of 1879 for health reasons. The timing of this trip and the opening of the Washburn Mill in 1879 caused many in Europe to claim that he had copied their designs. However, the installation of the Washburn ‘Experimental C Mill’ had started before he left. At the time of his death he was Vice-president of the American Exchange Bank.

Attributes: ‘In milling circles, the name of Wm. D. Gray occupies the highest pinnacle of fame as a milling engineer in the true sense of the expression, and as one who is largely responsible for the present high status of the milling art’ (‘William D. Gray’, The Northwestern Miller, 22 May, 1891, p.695).