A Grade II* listed windmill at Skidby near Beverley, in the East Riding of Yorkshire. Originally built in 1821, the mill was further extended to its current 5 stories in 1870. It is powered by 4 sails, 11 metres in length, and was in commercial use until 1966. Between 1954 and 1966 the mill was used for grinding animal feedstuff using newly installed electric rollers but also continued producing stoneground flour. The mill was sold to the local council in 1969 for £1 and after being renovated was opened in 1974 as a working museum. It is the last working English windmill north of the Humber, producing stoneground wholemeal flour from locally grown wheat. The mill is open to visitors. 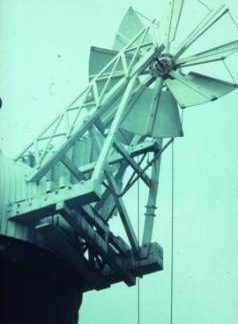