A major and important contribution to milling literature

This latest book in the Bibliotheca Molinologica series concentrates on one mill located near Muscatine, a town on the west bank of the River Mississippi in the mid-western state of Iowa in the USA. When the Pine Creek Mill was first established in the 1830s by Benjamin Nye the River Mississippi was the frontier between the infant United States and Indian Territory. The mill’s history is traced using documents, eye witness accounts, and evidence from the mill building itself. This history runs from first using the American flat milling technique, as described and patented by Oliver Evans, which was powered by a waterwheel, through the various modifications and alterations that were necessary during the remainder of the 19th century for the mill to remain competitive. The lives of people involved with the mill during its operation are also highlighted, from Benjamin Nye’s family problems that led to his violent death, to the near fatal great flood of 1883, and the emigration to a new life in the USA of an East Prussian miller. Fortunately the mill stopped operating just as the land around the mill became the Wild Cat Den State Park which helped preserve the mill until its recent restoration and opening to the public in the last 20 years by the Friends of Pine Creek Grist Mill.

The mill buildings and both prime movers, the water turbine and steam engine, are described as are the three processes that were installed in 1890, namely three stands of double roller mills for the production of flour from wheat with their associated cleaners, scourers and separators as well as the middlings purifier and various types of bolters. Another roller mill with three rolls, used for the corn (maize) process with all its associated ancillary machines, as well as the use of a single three feet diameter pair of millstone for producing animal feed, are also explained……..

The above is taken from the extended description on the TIM website at https://www.molinology.org/index.php/publications/bibliotheca-molinologica/bm22-pine-creek-grist-mill 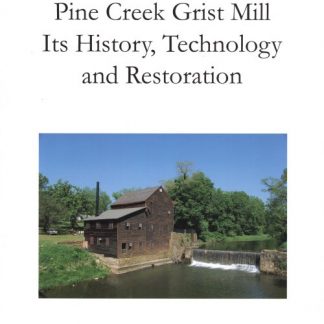