In May 2001, Guildford Borough Council commissioned English Heritage to undertake an archaeological survey of the former Chilworth Gunpowder Works site. Survey work was carried out over two seasons, between November 2001 and March 2002, and between December 2002 and January 2003. This report describes the results of the survey work and the remains of the powder works and later chemical explosives factory, which may be followed for approximately 2km along the Tilling Bourne valley. These remains are of particular significance as the layout of almost the whole factory can still be traced through its earthworks, watercourses, wins and standing buildings. 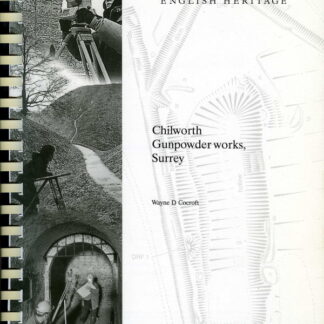