Card cover, 110pp., with b/w photographs and drawings and maps.

The history of the water-wheel dates back to Roman times but the golden age of water-wheel building was the 19th Century. During this century, the great water-wheel builders: Smeaton, Rennie, Hewes, Strutt and Fairburn built massive wheels of 60 feet and more in diameter capable of generating in excess of 150 shaft horsepower. Fairburn was the most prolific initiator of improvements.

The specification of the Castleton water-wheel issued by John Lawson in 1867 required two of George Fairburn’s improvements to be included in the build. These were ‘fully ventilated buckets’ and ‘closed end launders’.

The history of Castleton pumping station with reproductions of original sources. 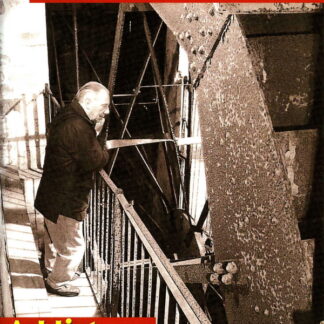