A valuable historical record; A4, 118pp with 58 illustrations and  maps, many in colour.

This study attempts to capture and record the astonishing rise and slow decline of corn and flour milling in and around Newry during the second half of the nineteenth century and the first decades of the twentieth century. Although Newry’s first mill was recorded as long ago as 1588, little changed until the Great Famine in the 1840s. Then, to ameliorate the suffering of the country’s starving poor, vast quantities of Indian corn (maize) were imported into Ireland from North America. From 1850 to the mid-1870s Newry’s milling capacity increased five-fold. But by the 1880s, the availability of cheap American flour brought an end to the boom and few of the district’s 35 grain mills survived into the twentieth century.

American imports weren’t the only reason for the decline. Some mills burned down with the tragic loss of employment, buildings, machinery and stock, never to be rebuilt. Some were converted to beetling or scutch mills. And others simply fell into ruin after the millowner died. Those years of success and failure left an indelible mark on Newry’s townscape and its business life. Today, just one mill has survived and continues working in the town. 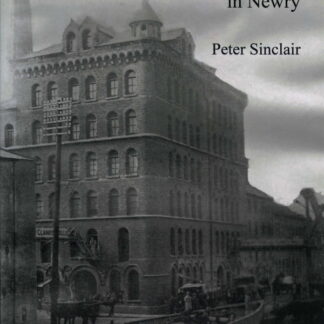 You're viewing: Corn and Flour Milling in Newry (PDF) £10.00
Add to basket