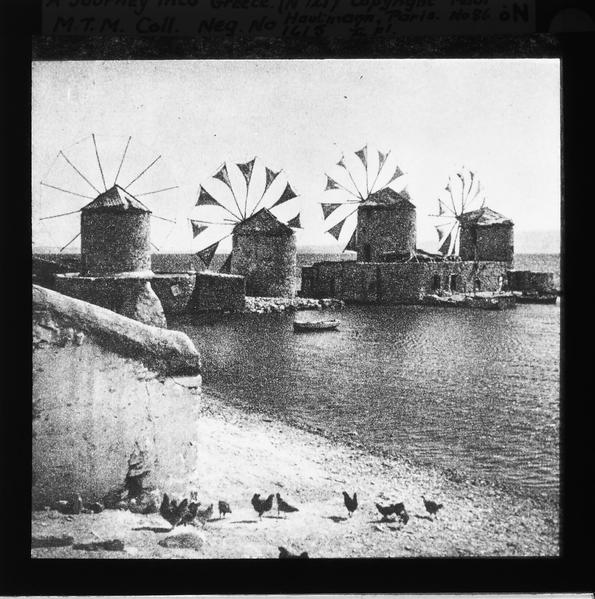 In the latter half of the nineteenth century, newer technology such as roller mills and steam powered mills became increasingly popular thus reducing the need for the traditional millwright, who usually worked with wood. However, this caused the traditional mill, powered by water and wind and using a pair of stones to grind flour, to decline alongside the traditional ways of millwrighting. Some mills adapted to roller technology, installing a small roller mill alongside their traditional means of milling to maintain their output year round. Nevertheless, only a select few water- and windmills may have been able to afford this luxury. Maintenance and repair of the new technology required a different type of engineering skill, skills that only a few millwrights possessed. In 1878 ‘nabim’, the National Association of British and Irish Millers, recorded a total of 8,814 flour mills within the United Kingdom, with only 5% of these classified as complete roller process mills. Later, in 1907, the first Census of Production received only 1,254 replies from milling institutions. Though the low figure could derive from the fact that it was the first census, it still suggests a steep decline in the number of working mills. In addition, by 1907 around 75% of the flour consumed in Britain was produced by the process of roller milling. This represents a move towards a more modern, industrial kind of milling rather than a continuation of traditional methods, resulting the further decline of the millwright. The 1911 census identified just 2,400 millwrights, a decrease of c.7,500 in the 60 years between 1851 and 1911. The decline of traditional millwrights from the mid-19th century could be attributed to the advances in milling technology, stimulated by the need to feed a rapidly growing urban population.

Though millwrighting saw a small revival in the mid-to-late 20th century following a revival of traditional mills and their milling techniques, it never quite returned to its pre-industrial heyday. Having been put on the Heritage Craft Association (HCA) RED list for traditional crafts in 2019, the state of millwrighting today is bleak. In 2019, the HCA estimated that between 6 and 10 professional millwrights classed the profession as their main source of income, though in 2021 there are now 14. There are also around 20+ volunteers who can assist with basic repairs. This is considerably below the minimum number of craftspeople required to sustain the skill, with the association concluding that around 20 should suffice. The decline of the skill of millwrighting can be linked to various factors, the most important of which is funding. In addition, there is a lack of a recognised millwrighting qualification and training opportunities. Becoming a millwright requires hands-on training in the form of a seven year apprenticeship, but the slowly diminishing number of professionals is making this hard to achieve. Hands-on training is essential for the aspiring millwright to develop knowledge of the regional differences inherent in mills and the skill of millwrighting. Though the profession has a number of very competent volunteers who can do small jobs, without a solid number of professionals the craft will slowly but surely become extinct. Due to the considerable amount of transferable engineering skills that a modern millwright may need, it is worth considering an appeal to current engineers and/or skilled craftspeople who can learn the craft of millwrighting before it is too late.