Mills of the Isles (PDF)

Windmills of the offshore islands of the UK (Channel Islands, Isle of Wight, Isle of Man, Scilly Isles)

Whilst extremely detailed and extensive research of windmills has been carried out on the mainland of Great Britain very little work has been done on those on the offshore islands, i.e. those islands that are not attached to the mainland either physically or by county boundaries. (Anglesey and Sheppey are connected to Wales and England respectively by bridges while Caldy and Lundy are part of mainland counties.

Also the sole surviving windmill on the small offshore Scottish island of South Harva is not included in this survey). This work is the result of many visits by the authors over a period of several years tracing and locating all the remaining sites on the islands of Man, St. Marys (Scilly), Wight, Guernsey, Herm, Sark and Jersey. Local documentary evidence of these windmills has been very scant and the study of early maps has proved invaluable. Likewise early pictorial evidence has, in many instances, been impossible to find.

The authors acknowledge the contribution made by Guy Blythman, in particular his work on Great Sark tower mill. 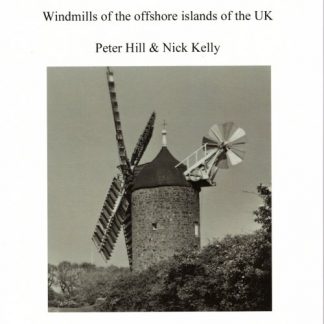