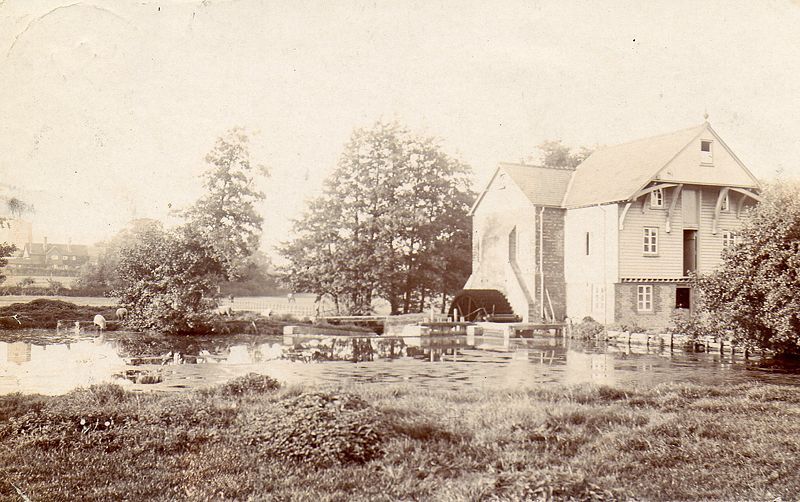 The mill still standing in Brasted village is an architectural curiosity, with few signs of it ever having been built as a functional industrial building; in fact it represents a Victorian 'Swiss style' cottage. The most noticeable differences from the archetypal Kentish mill are the presence of a luccam (for lack of a better word) which stretches the whole of the roof frontage, and vertical white weatherboarding on a yellow brick base. The structure has been dated 1881 by a more recent owner which is in keeping with its architectural style but not at all agreeable with documentary evidence. The Ordnance Survey Map of 1867 shows a building plan which is exactly the same as the current one, which suggests that if anything happened to the mill in 1881 it must have been a rebuild of an earlier structure on the same floor plan. Of its history, it was operated by the Barton family from the mid nineteenth century up to the beginning of the First World War. It is thought to have continued to function until c.1925. A coloured postcard from earlier this century shows it with a large iron breastshot paddle wheel and a chimney for steam power. The machinery was scrapped between the wars and the waterwheel some years later; it was converted into a house in the 1960's. No machinery survives, and the watercourses have been altered; the waterwheel was originally set in a pit to one side of the mill and was powered by a large pond, although little remains to indicate this now.