A steam- and water-powered corn mill in the historic county of Cambridgeshire, England. 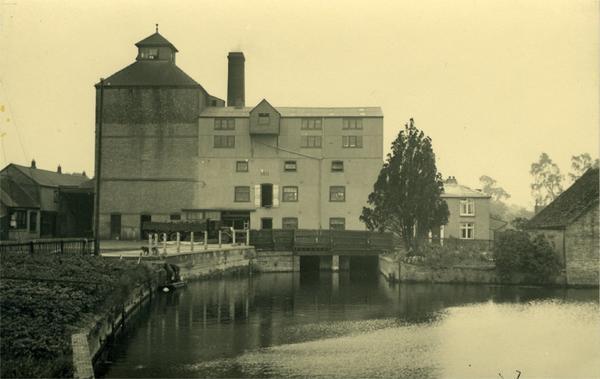 Built in 1811. In 1864 it was rented by Alfred Clark, who added a steam driven roller mill to the four water powered pairs of millstones. In 1875 he set up a partnership with his brother in law Henry Butcher to run Lion Mills and Butcher's Mill, Stetchworth.

Henry Butcher died in 1920 and the Clark & Butcher firm continued under the direction of members of the Clark family. In 1929 the director Jack Clark married Emma Cecilia Barton, daughter of Woollard Barton, miller at Wicken Windmill. In 1942 a train explosion close to the mill caused theroof to lift up and drop again several inches away from its original position. In 1945 the mill was burned down, and then rebuilt from 1946-7.

Milling continued until the 1990s, by which time it had lost most of its business for flour, concentrating instead on animal feeds from 1992. A foot-and-mouth epidemic further damaged business and the mill closed about 1995. It was later demolished and housing built on the site.