A water-powered corn mill in the historic county of Berkshire, England. 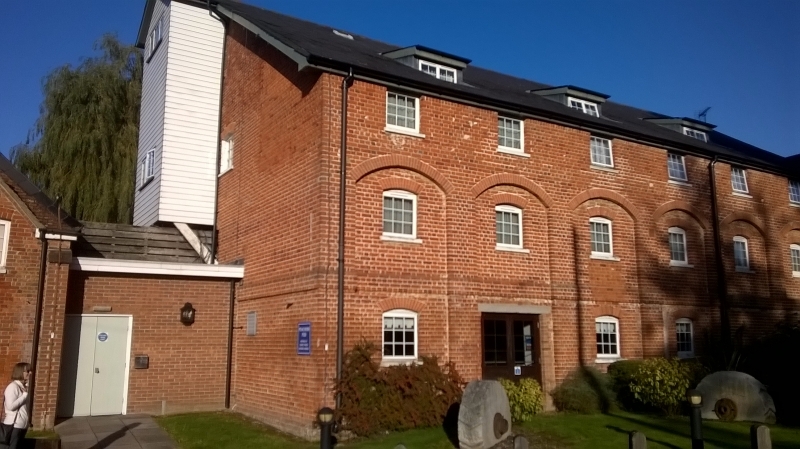 Located on the River Loddon near Sindlesham, this water powered flour mill operated from the second half of the 19th century until 1967, when it became a pub and hotel/conference centre. In the early 20th century it was owned By the Simonds family and tenanted by Mr. J. T. A. Howkins. He bought the mill in 1918 for £5000, then in 1919 Mr Howkins sold it to the Over Bros., T. Richard and Frank Over, who had been running Sandhurst steam mill since 1912 for a purchase price of £6,500 for the freehold, plus £2,500 for the goodwill and £1000 for the motor lorry.

The brothers modernised the mill and managed to make milling pay until the slump in the mid-twenties and serious competition from larger mills. Business improved when they branched out into provender and they survived the war years. In 1954 they amalgamated with C. H. Witherington & Son Ltd., who owned Sonning Mill, to create Witherington & Over Bros., with the brothers managing both Sindlesham and Sonning mills. In 1962 the business was taken over by Associated British Foods, and the mills were run by Richard’s sons, Denis and Raymond, until 1967, when Sindlesham Mill closed and was sold by auction, and then 1969 when Sonning Mill was sold.