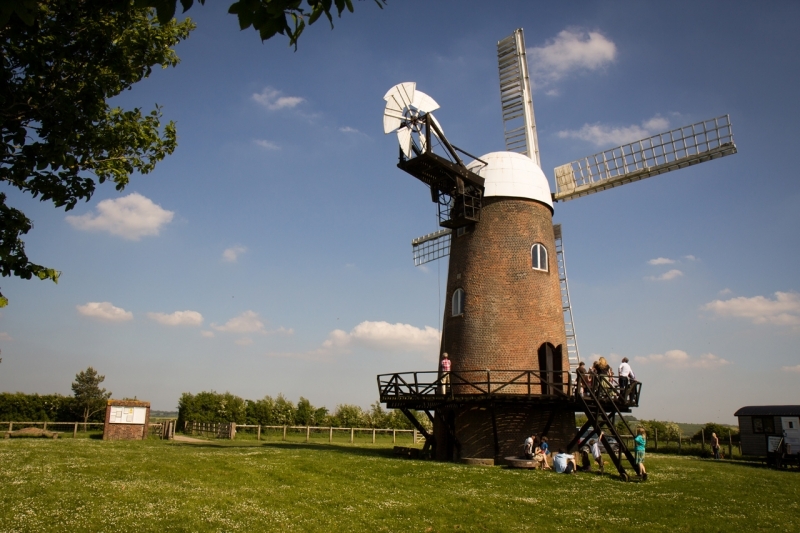 Grade II* Listed Wilton Windmill overlooks the small village of Wilton, near Marlborough in Wiltshire with magnificent views of the surrounding hills.

The mill was originally built in 1821 after the new Kennet and Avon canal had been built. This canal was built over and through the site of some local watermills and the pumps providing the water for the canal also lowered the river levels so that the remaining watermills were no longer viable.