A wind-powered corn mill in the historic county of Somerset, England. 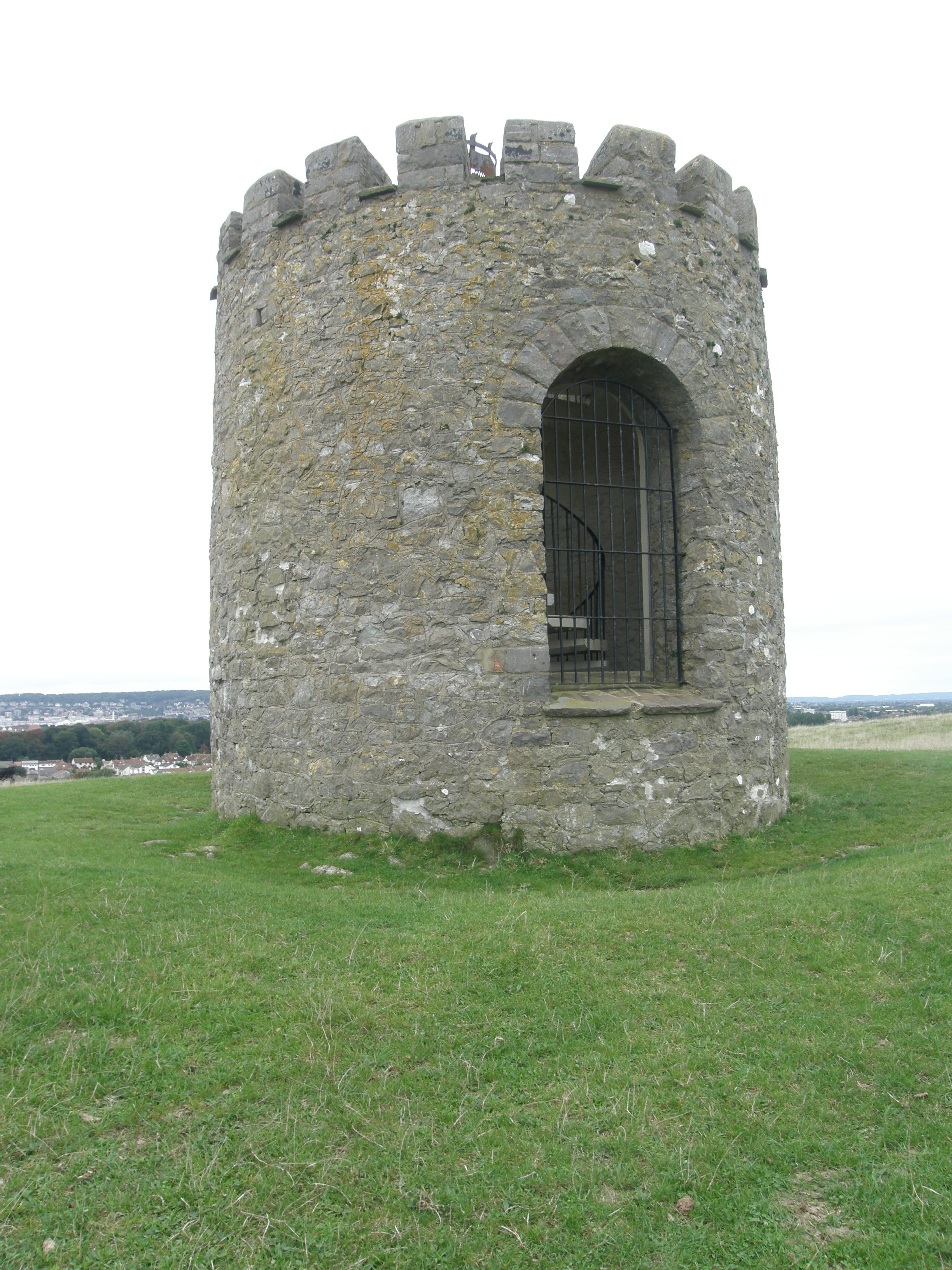 Artillery had been mounted on this hill against the coming of the Armada in 1588. A map of 1782 shows a tower, and an insurance policy of 1789 mentions a windmill. By 1829, however, it seems to have already fallen out of use, for it was then referred to as “the walls of a windmill”. During the Napoleonic wars, it appears that corn had been grown on the steep slopes of Uphill and nearby Brean Down, but with the coming of peace the land probably reverted to pasture and there was no longer any need for a mill to process the grain. On 10th March 1863, a beacon was built on iron rods laid across the top of the tower to commemorate the wedding of the future King Edward VII. In 1934 the tower was rebuilt with a castellated top and an iron spiral stair “for use as an observatory”, and during the Second World War both the Royal Observer Corps and the Home Guard (Weston-super-Mare units) were based here. Given the elevated position in open land alongside the Severn estuary, it would have offered excellent views (as far as the Mendips, Glastonbury Tor, Exmoor and Cardiff) but little protection against air attack. The book mentioned below includes a photograph of the ruined tower in the 1930s before it was converted. The tower survives to this day and is open to the public (Coulthard and Watts, 1978).