A steam- and water-powered corn mill in the historic county of Middlesex, England. 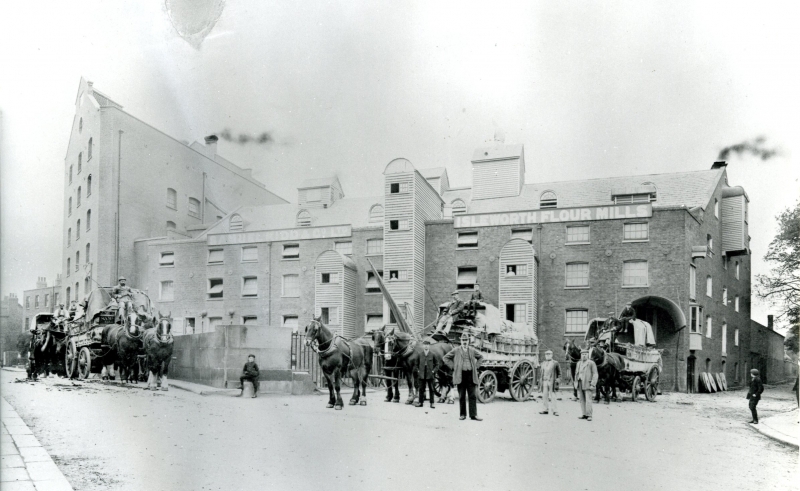 The mill was built in 1543, and remained an appurtenance of Isleworth manor until 1876. The mill originally had two mill stones in 1553, and five in 1633. In 1669 the mill was rebuilt, and had four corn grinding wheels. By 1845 the mill was owned by Richard Kidd, of Kidd and Co. At this time the mill had two steam engines to assist the water-power and the mill was said to be one of the largest flour mills in England. In 1887, the mill had two waterwheels and was fitted with 29 pairs of stones and 11 sets of rollers, and a third steam engine was added. It was capable of turning out 3,000 sacks of flour per week. In 1894 the mill was converted entirely to roller milling, making it one of the most modern and up-to-date mills in the London area if not the whole country.

The firm became part of Associated London Flour Mills in 1921, which was bought by Joseph Rank Ltd in 1932. The mill ceased work and was demolished in 1941.