A electricity- and steam-powered corn mill in the historic county of Durham, England. 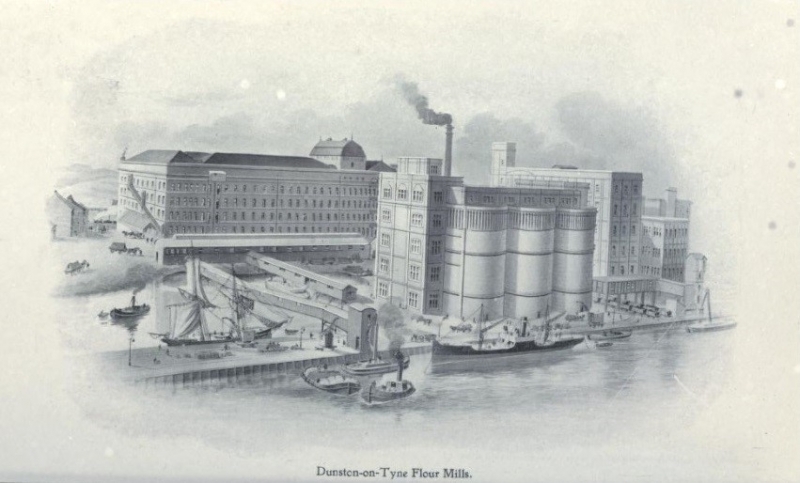 First Co-operative Wholesale Society (CWS) flour mill to be built after first discussing flour milling in 1883. Designed by local Newcastle architects, the mill cost around £120,000 to construct, and was opened on 18th April 1891. The mill had three plants giving a total capacity of 90 sacks per hour, and was expanded on multiple occasions. A new reinforced grain silo was built in 1901, and a circular grain silo was added in 1906.

In 1909 the CWS soap-works were built alongside the mill. These works were designed by Mr. L. G. Ekins and was built using reinforced concrete.