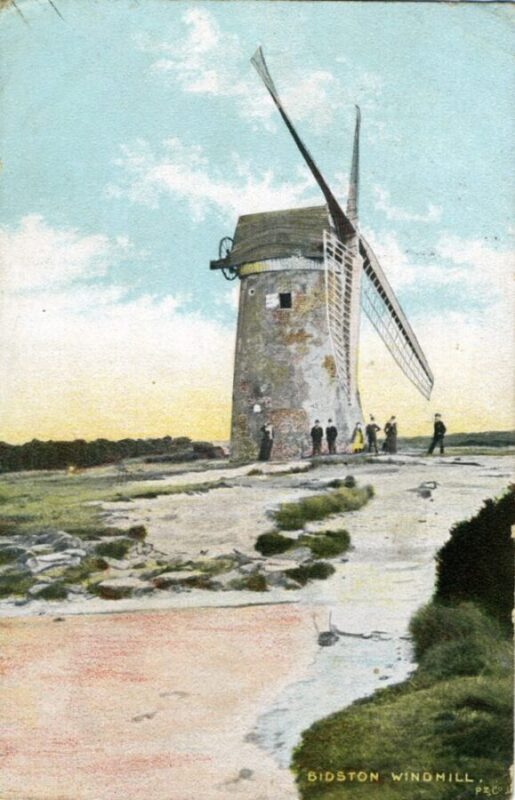 Several windmills were also preserved as landmarks.  Bidston Mill on the Wirral peninsula was restored by Birkenhead Corporation in the late 19th-early 20th century as part of an open-space memorial to Edmund Taylor and Halnaker Mill, West Sussex was restored in 1934 by Sir William Bird as a memorial to his wife.

The damage and destruction of historic buildings during the Second World War also led to the development of the List of Buildings of Special Architectural or Historic Interest, whereby such buildings were given statutory protection.  Woodbridge Tide Mill, Suffolk, for example, was listed Grade I in 1951.  Stevens’ Windmill at Burwell, Cambridgeshire was also listed (Grade II*) in 1951, as was Oldland Mill, Keymer, West Sussex, and it was their listing status coupled with public opposition that subsequently saved both mills from demolition.

Also, in 1951 the Wind and Watermill Section, recognising that ‘for reasons not always appreciated, the working windmill is doomed’, approached the Ancient Monuments department of the Ministry of Public Buildings and Works (now Historic England) for support.  As a result Saxtead Green post mill, Suffolk and the drainage mill at Berney Arms, Norfolk were taken into care, followed by Sibsey Trader Mill, Lincolnshire not long afterwards.

As research has shown, it was not uncommon in the 18th and 19th centuries for post mills to be moved to more favourable locations.  In more recent times both windmills and watermills have been moved as a means of preserving them.  The post mill at Danzey Green near Tamworth-in-Arden, Warwickshire was demolished in 1969 and rebuilt at Avoncroft Museum, Bromsgrove, Worcestershire, while three watermills, Lurgashall Mill, West Sussex, Melin Brompren, Dyfed and Alton Mill, Stutton in Suffolk, were re-erected in the 1970s at the Weald and Downland Open Air Museum, Welsh Folk Museum, Cardiff and Museum of East Anglian Life, Stowmarket respectively.