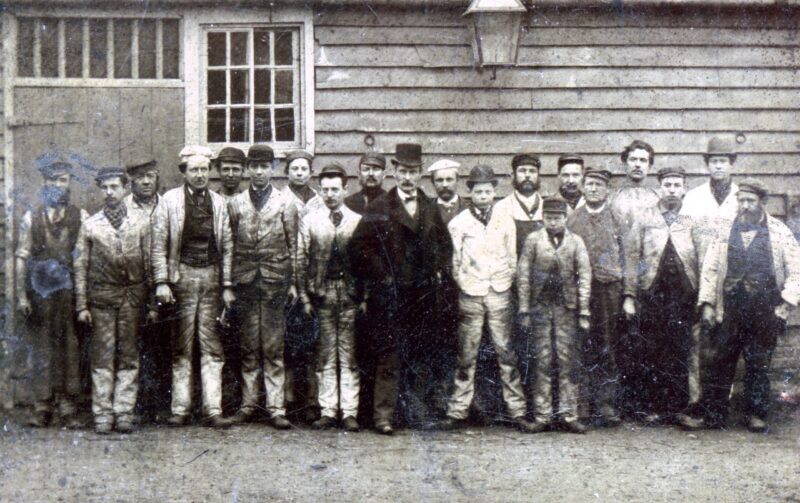 A few weeks ago we featured the history of the firm Holman Brothers of Canterbury in our newsletter. In this newsletter we will look in more detail at the employees of the firm, including their experiences in the First and Second World Wars.

The Staff of Holmans

Accidents and deaths in the workplace

War and the Holmans

The earliest record of a member of the Holman staff volunteering for active service was in 1900. Frank Richard Harvey of Chartham began working at Holmans in December 1896 at the age of 15. On 9 January 1900 Holmans sent a letter to the Officer Commanding the East Kent Volunteer Reserve giving permission to his release from his apprenticeship with them so that he could join the forces in South Africa.

Further research shows that Frank was a volunteer with East Kent 1st Volunteer Battalion the Buffs and received a medal at a Canterbury presentation of war medals on 12 October 1901. He returned to serve out his apprenticeship, but later joined the Merchant Navy from 1919 with the rank of 1st class engineer. From 1927 he was engineer on the Highland Monarch, a passenger ship requisitioned in 1939 as a troop and supplies ship running the Winston’s Specials convoys to Freetown and Durban in Africa. Frank was discharged in 1941 at the age of 60.