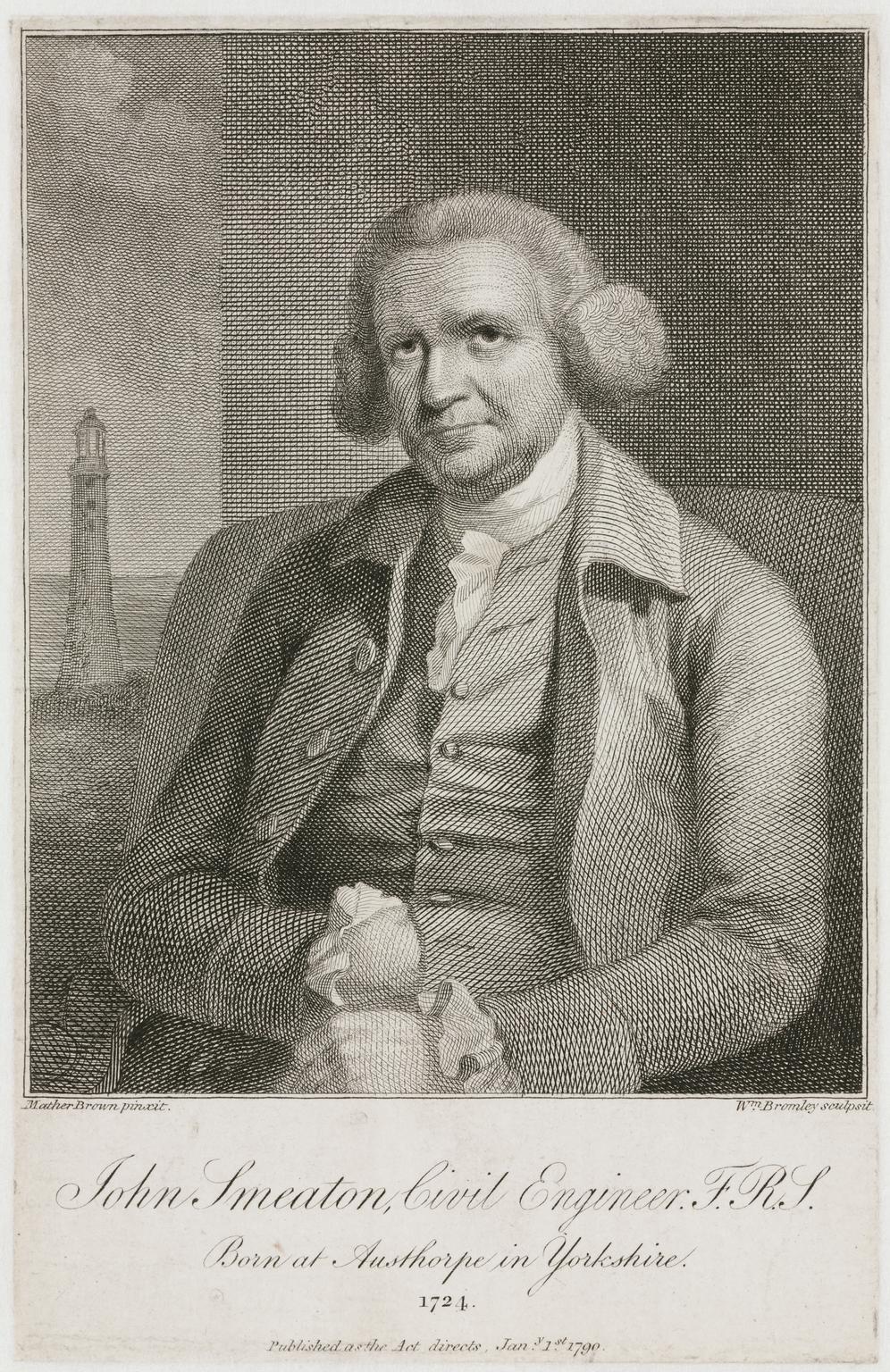 By his definition, John Smeaton was not a millwright but a ‘civil engineer’. However, his contributions to millwrighting are too influential to ignore. Smeaton was born in Leeds in 1721. He attended the Leeds Grammar School before becoming a mathematical instrument maker. Smeaton released his influential paper in 1759: An Experimental Enquiry Concerning the Natural Powers of Water and Wind to Turn Mills and Other Machines Depending on Circular Motion. Smeaton addressed the relationship between pressure and velocity for objects moving in the air.

In total, Smeaton designed 54 watermills, 6 windmills, and 2 horse-powered mills. The most famous of his contributions were to the waterwheel. Smeaton’s waterwheels were overshot, which meant that water was fed to the top of the vertical waterwheel, and this was deemed to be the most efficient type of wheel compared to the breastshot or undershot wheels. He also pioneered the use of iron in the construction of a waterwheel, choosing to use cast iron axles to strengthen the waterwheel.

Smeaton’s other work has been detailed extensively in A.W. Skempton’s biography John Smeaton FRS. In addition to millwork, Smeaton designed a substantial number of bridges and harbours and, arguably his most famous feat of engineering, he was responsible for designing the third Eddystone Lighthouse between 1755-and 59. Though an engineer by trade, Smeaton’s millwrighting contributions were extremely important in the development of the craft, especially in the development of watermills.