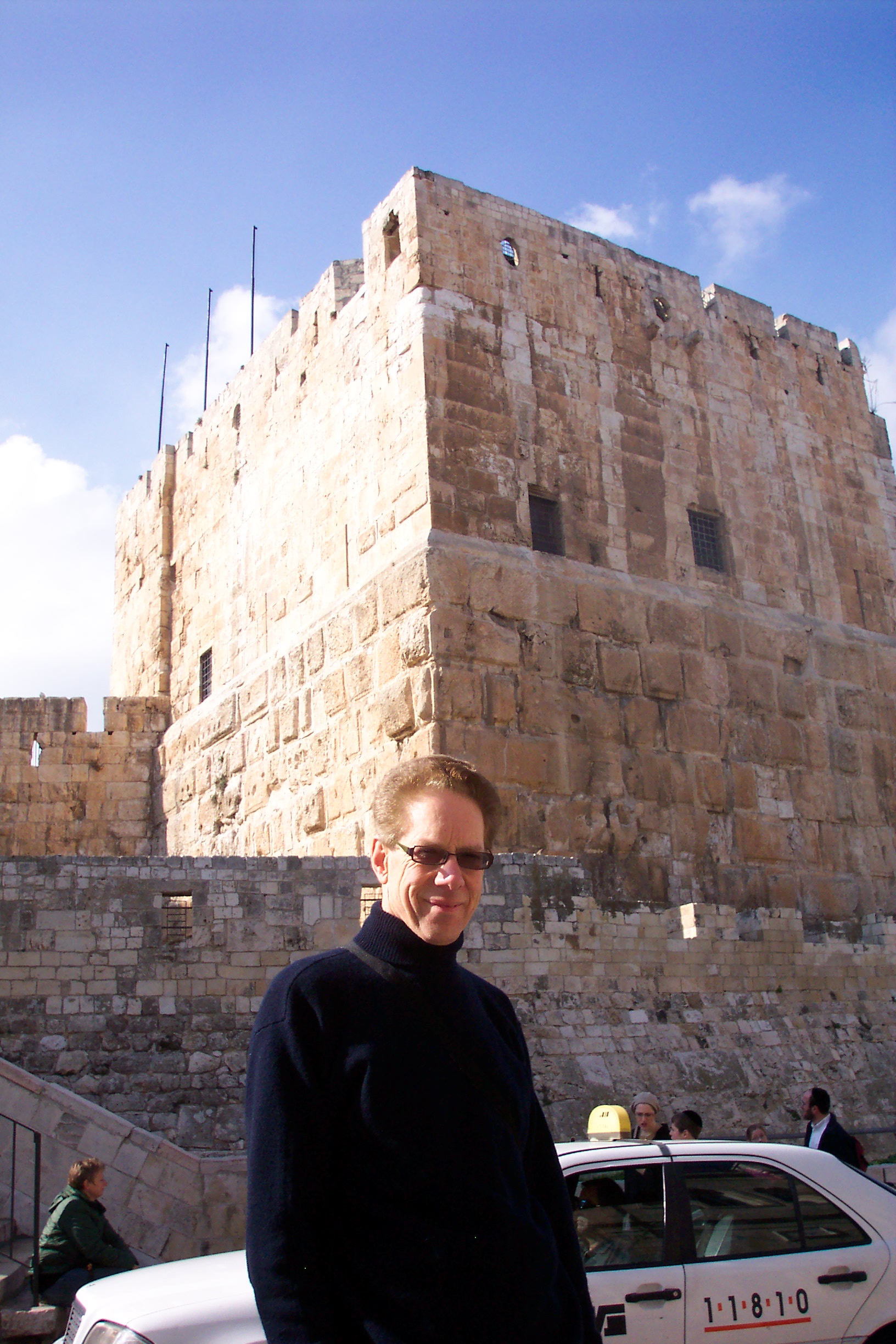 Vincent was born in Islington in late 1943. After attending school, he worked in Westminster Bank from 1961 until 1969. At the age of 27, he decided to leave to start working on mills. Vincent had been interested in windmills since the age of 5, as a result of a model windmill that his father built, and therefore it seemed like he was always destined to work with mills in some capacity. In 1969, Vincent and Philip Barrett-Lennard formed the millwrighting firm Lennard and Pargeter Millwrighting, with the firm lasting three years before Vincent began trading as V.G. Pargeter, Millwright & Mill Restoration Consultant in 1972. Over the 45 years from leaving his job in banking to his tragic death, Vincent came to be regarded as the most influential traditional millwright of the 20th Century. He would work all over the UK helping to keep the skill of millwrighting alive, whilst helping to train numerous millwrights that are still in operation today. Before his death, he was very much involved with the plans to create a centre for training aspiring millwrights; however this sadly never came to fruition. As it would take many pages to detail all of the mills that Vincent helped to repair, I feel it would be appropriate to describe some of his most influential work as a millwright during his eminent career.

The first mill Vincent worked on was White Mill in Sandwich. Vincent volunteered at the mill in his spare time before becoming a professional millwright. The exact date that Vincent began volunteering at the White Mill is not known, however, it is noted that the repairs he carried out there began in 1961. Between 1961 and 1969, Vincent began learning the necessary skills to become a millwright. During this period Vincent, likely assisted by others, replaced one full cant post and parts of two others. As well as this there were two replacement sweeps from Wingham Mill installed and weatherboarding was fitted in 1967. These repairs were considerably important in shaping Vincent’s millwrighting career, as they provided him with his first piece of practical experience of working on a mill.

In the early 1970s, Vincent worked alongside his partner, Phillip Lennard, as a millwright on multiple windmills such as White Roding, for which they built a cap, and Mountnessing, for which they made two sails. In 1975, Vincent was employed by the Essex County Council (ECC) as their County Millwright, a position that he would hold for 25 years. It was in this position that Vincent began to show his exceptional skill in traditional millwrighting. Not long after his appointment in July, Vincent began work on the Aythorpe Roding Mill, taking the sails off and beginning to work on the structure of the mill. Later in 1976, he began work on the mill’s machinery, having to stop briefly in November of 1977 to dismantle South Ockendon Windmill following its collapse. Vincent worked on Aythorpe Roding until 1983 when it was complete. During this time he also had a spell at Stock Tower Mill between February and November of 1978 to help remove the sails and repoint the brickwork, and he played a major role in the repair of Mountnessing between 1979 and 1983. In 1985, Vincent crafted a new wooden windshaft to replace the second-hand cast iron one that had been installed in Duck End Mill, Finchingfield, and which had originally been installed in the Gainsford End Mill in Topplesfield.

At the beginning of his last decade as the ECC’s millwright in 1991, Vincent revisited Stock Tower Mill to complete a major renovation of missing parts. This involved a replacement cap and fantail as well as replacement sails that were based on the original design.  This project was given financial help by English Heritage to complete and in all, it took him two years to bring the mill back to working order. In his time as the ECC’s millwright, Vincent returned all 5 of their mills to working grinding order, including the tide mill at Thorrington, with only the practicalities of Finchingfield’s position stopping all 5 from grinding flour. As well as this, during his position, Vincent gave out free technical advice to other owners of mills such as those at Baker Street and Upminster, amongst many others. He also provided paid technical advice out of county to Suffolk County Council, Hertfordshire Buildings Preservation Trust, Reigate and Banstead Borough Council and Kent County Council. Providing this advice alongside his work in Essex reflects his passion and desire to preserve the heritage of milling. Five years after his tenure began with the ECC, Vincent proposed a ‘Code of Practice in Windmill Repair’ in 1980 for the Society for the Protection of Ancient Buildings. This provided instruction on how to properly repair a windmill, and what not to do, so that a mill could last a lengthy amount of time, rather than providing a short term fix.

After 25 years working in local government in Essex, Vincent returned to professional freelance, mainly focusing his work within the Norfolk Broads. Without Vincent’s influence, it is likely that the council-owned windmills in Essex, as well as others in the county, would be dilapidated and past the point of repair. Therefore his work cannot be appreciated enough in repairing these features of Essex, and more widely, English heritage.

I feel like it would be a disservice to Vincent if I didn’t briefly touch on the repairs that he assisted with at these mills, as he is known to have taken a particular liking to both. When Vincent first knew of Baker Street in the 1960s it was a derelict smock mill that had not been used since the First World War, it had no roof left on the cap and a single sail hung down with only tatters of the others left in place. Though the exterior was run-down, the interior was amazingly complete. His first full encounter with the mill was during his position as the County Millwright for the ECC when he was asked for advice on its repair, and he was able to work out a scheme for repairing the mill. Vincent had to produce a new cap for the mill and fit it, as well as straighten the structure of the mill, and the difficulty of the repair is likely what caused his affinity towards the mill. Vincent’s work at Ashdon, similar to his work at Baker Street, involved straightening a distorted mill. He then re-clad the mill with all new weatherboarding. He worked on Ashdon for many years. Again, it is thought to be the difficulty of the job and the ingenuity of the repairs are the reasons for Vincent’s affinity with the mill. Though a slightly less technical description of the work he carried out, I felt it would be an ode to Vincent to point out some of the work he enjoyed most.

Following his time as the County Millwright for the ECC, Vincent embarked on several projects such as the previously mentioned Ashdon mill and windmills in Norfolk, as well as the repair of the Wherry Maud he co-owned with his then-wife Linda. Vincent started rebuilding Ashdon in 2002 and was involved with the mill until the autumn of 2014 just before his death in 2015. Of those in Norfolk, Vincent repaired Thurne Mill and Polkey’s Mill, Reedham to working order amongst others.  He was also involved in the refurbishment of a drainage mill at Hardley between the years 2008-and 2009. Vincent was also involved with the Kent County Council and their Heritage Lottery funded project to reinstate the sails of five of their windmills. Vincent redesigned the sails from scratch to match the traditional style of a Kent windmill, as over time the sails had been repaired in a way that ignored tradition. The mills re-opened on National Mills Weekend in 2004.

In 2006 Vincent became involved with a scheme in collaboration with the Broads Authority which was funded by the Heritage Lottery Fund to train 5 new millwrights, a testament to his knowledge and skill as a master millwright himself. This offered the applicants a chance to access 3 years’ worth of training through a bursary, with the idea that they would then work for a millwright for a further four years to learn all the necessary skills to become a master millwright. In 2009 Vincent was contacted by a Dutch millwright, who worked with the charity Christians for Israel, with a proposal to repair the Montefiore Windmill in Jerusalem. Due to the fact the mill was originally built by an English millwrighting firm, the Holman Bros from Canterbury, the Dutch millwright thought it would be best to contact, and work with, an English millwright. And who better than Vincent, who had grown up in Kent and was familiar with the Holman Bros work and thus knew how their windmills were built. He gladly accepted and travelled to Jerusalem in 2012 to help repair the mill to full working order. Vincent sadly passed away in 2015.

Mills in Essex – A talk by Vincent Pargeter Millwright, https://www.youtube.com/watch?v=qr8m4wb1ZEM