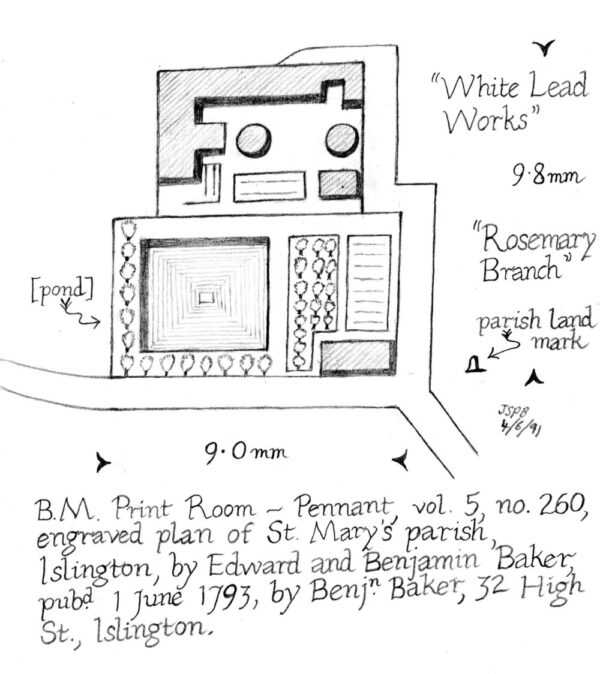 White lead was produced by a process developed by the Dutch. Metallic lead was placed in pots over acid, immersed in spent tan and placed in a brick chamber for 10-12 weeks. After this it needed to be crushed in a mill. A major centre for white lead manufacture in the 18th-19th centuries was Newcastle upon Tyne, which had a number of wind powered white lead mills.

A variety of minerals could be used to produce the pigments used in paints. Wind powered paint or colour mills were found in Liverpool from 18th century; a description of a ‘mill for grinding paints’ in Liverpool is found in a diary entry from John Rennie from May 1784:

The machine has an upright shaft with a spur wheel on its lower end round which is a ring of tubs for holding the paints & to each of these tubs is adapted a spindle that turns a large stone in their bottom … the stone also has a semi-circular groove cut across below its middle to allow the paints to get in there. By the constant turning of the stone it wears more on the outside than the middle & at last it becomes of a circular form.

In some contemporary texts a distinction is drawn between ‘colour stones’ and ‘paint stones’ although it is not clear what this means. It could refer to the distinction between the horizontal stones in a tub described by Rennie and edge runner stones, used in some colour mills.

Ochre, a clay containing iron oxide, makes pigments with shades varying from yellow to red, depending on the amount of oxide present. The St Eilian Colour Works in Anglesey used ochre produced as a by-product from the copper mine near Amlwch.

Engraving of a colour mill

Dyewood mills could process the wood in various ways. The chipper was a rotating circular plate with knife blades attached, which chipped away slivers of the wood. Chipped wood could be sold as it was, or powdered. Rasping barrels produced sawdust, used to dye wool before it was made into cloth. Fine powdered wood was produced with edge runner stones. The woods could also be ‘raised’ – fermented, to produce a dye which was more ‘fast’ (i.e. not so liable to run). This was done by sprinkling the chips with water and turning them occasionally until they became iridescent.

Diagram of a dyewood rasping engine (after John Smeaton), by Roy Gregory