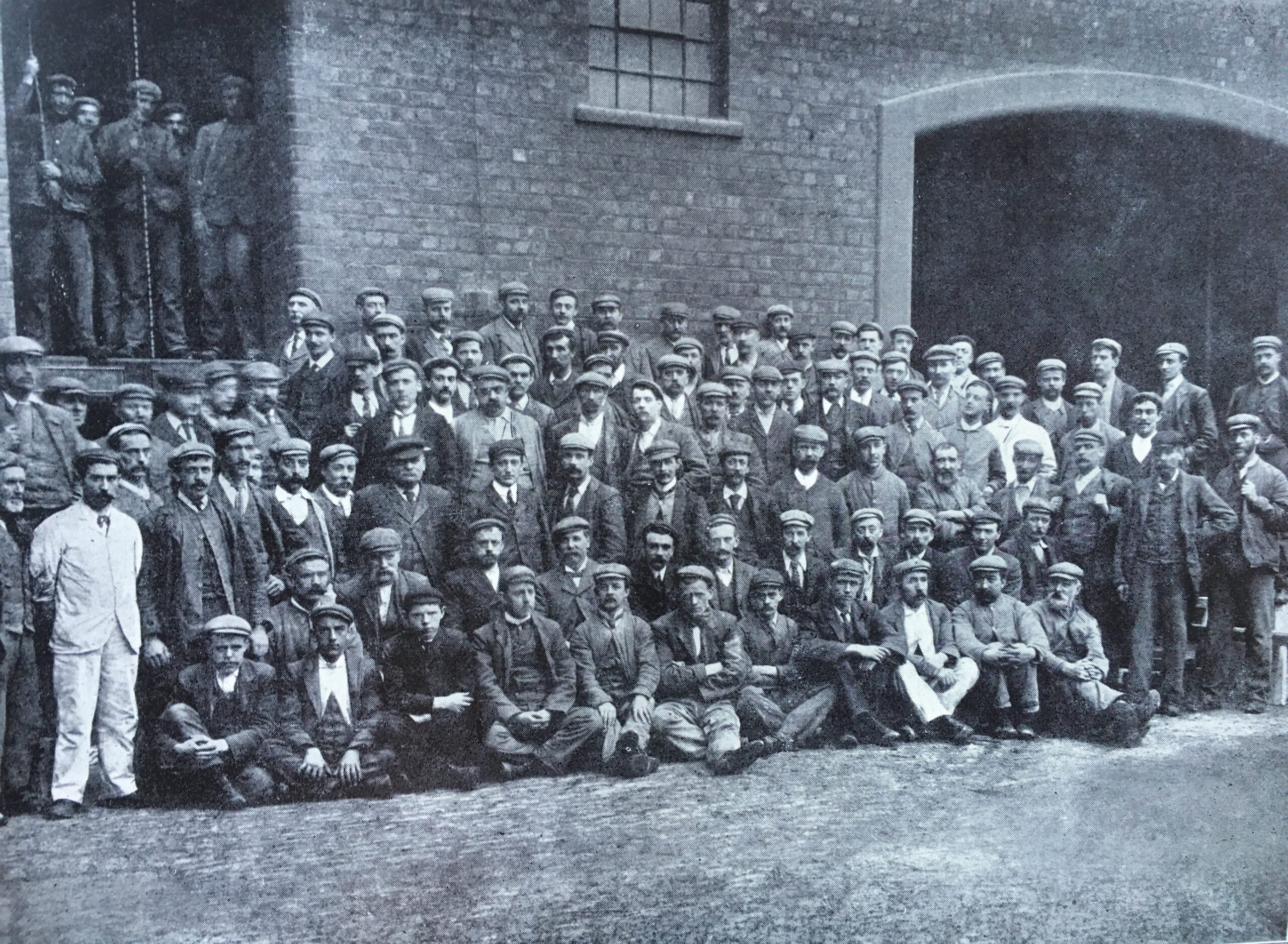 The Miller and Milling are the two most important milling journals from the late 1800s onwards. Both were published weekly and lasted for over 100 years (Milling is still going strongly as Milling & Grain).

Although we hold many copies, with more promised by collectors in due course, there are many missing issues. If you have any you could donate, we would be very pleased to hear from you!

I have chosen accounts from The Miller and Milling describing the same mill a few years apart at the start of the 20th century.

On 7 August 1899, The Miller reported a visit to the North Shore Milling Company in Liverpool, run by Mill Manager Edward Cooper and his assistant John Westgate. The firm was established on Boundary Street in 1848, before any other flour mill of this type had been installed in Liverpool. It was capable of 100 sacks (280lbs) per hour and was divided into three separate and distinct plants, all under the same roof.

Along with new silos, the flour and offal warehouses, grain cleaning plant and workshops for millwrights and carpenters, the whole occupied a total ground area of 11,000 square yards. There were also cellars beneath the buildings and the mill yard, with a central warehouse used to store grain and the mill products. The mill was powered by a triple expansion engine, put in during 1895 by Yates and Thorn of Blackburn and was capable of exerting 1,400 imperial horsepower.

In 1898 Thomas Robinson had put in new silos, fully equipped with conveyors, elevators and separators. By 1899 the mill had seven Haggenmacher plansifters manufactured by Whitmore & Binyon. The large-scale grain cleaning department had machines for separating, aspirating, grading, seed extraction, washing, stoning, whizzing, conditioning and scouring and in that year they were putting in new machines to improve the condition of the wheat passing to the mill. Four years later (19 December 1903) Milling reported how the largest of the three plants had just been completely reconstructed to increase capacity in only four weeks.

Competition was obviously fierce, as any down time could mean the loss of trade and there were ready competitors quick to take advantage of any lapse to secure new customers. As Milling pointed out, when a mill is destroyed by fire the loss of the plant is only one portion of the disaster. The owner had to keep his trade together somehow, as losing his customers for the time being meant he was never sure they would return. This fear of customers walking away and never coming back explained the urgency and speed of the redesign at North Shore Mills.

The mill in question was manufacturing flour on the morning of 14 October and on the 16th the mill was clear of machinery. Robinsons had 70 men doing the work, and with around 35 mill staff, the whole mill was described as resembling a beehive. The illustration shows the goods train loaded with Robinson machinery as it entered the shunting yard from the siding of the Robinson Railway Works in Rochdale.

By 5 December, which was the time when Robinsons contract finished, all the machinery had been installed, The following Monday, the 7th of December, all shafting and machines were running and the following day the rollers were being feed grain, allowing Milling to report:

“We can take a tour of the mill starting on the first floor where the new mill had drives and five lines of shafting, one for each line of rolls. The elevator bottoms were also located here. On the second floor were the rolls, the break rolls being 60 ins long and the reduction rolls 40 ins. These were Robinson’s latest type with patent roller feed and gear driven with a shaker-feed to the last two breaks.  It was noted that there was ample room between the rolls and around the machines, an important fact for the employee’s who were in charge of them. Each line of rolls had an exhaust trunk. The purifiers were located on the third floor in two lines; exhaust trunking over each line cleared the air and kept the room clean and healthy. There was also an elaborate arrangement of flour worms to assist in the making the numerous divisions of flour.

On the fourth floor were wood framed centrifugals, each machine placed singly so as to allow a passage between each and all fitted with Mr John Westgate’s patented ventilating fan for the prevention of condensation. There was also an improved shutter arrangement for the inspection of the machines which prevented flour dropping on the floor. The fifth floor had the centrifugals., two high and three tornados, making it five in all and a rotary for dividing the bran. There were also two aspirators for aspirating the wheat as it went on into the mill.  All elevator bearings and worms were entirely self-lubricating. All electricity lighting the premises is generated on the premises. These new arrangement appeared to be very popular with the employees.“

As a contrast, I have written elsewhere about the windmills of Liverpool, so I cannot resist including another type of mill near North Shore. I could be tempted to revisit that essay!