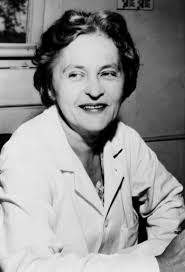 An interesting candidate for this archive – her links to milling are somewhat tenuous – the link being green energy and its storage.  This is also a problem for wind power and waterpower users. Maria is best known for her invention of the solar water distiller and the first solar-powered heating system designed for residences.   She also invented other devices capable of storing energy captured from sunlight.

Maria is best known for her invention of the solar water distiller and the first solar-powered heating system designed for residences.   She also invented other devices capable of storing energy captured from sunlight.

Born in Budapest in 1900, Hungary, Maria studied physical chemistry to doctorate level. She emigrated to the USA after visiting a relative there and ended up as a biophysicist in Cleveland, helping to create a photoelectric device that recorded brain waves.  Becoming an American citizen in 1937, she became involved in developing instruments that converted heat into electrical energy – this led to her first forays into solar energy research.

Assigned to the US Office of Scientific Research and Development during World War II she created one of her most important inventions – a miniature desalination unit which vapourised seawater and recondensed it into drinkable water.  This was developed for the US Navy during the War, saving lives of torpedoed sailors and downed airmen.  In 1948 she used the same technology to alleviate a water shortage in the Virgin Islands.  The oil crisis of the 1970s spurred on even more interest in solar energy, which led to the construction of a second solar-heated house.

During the 1940s she teamed up with architect Eleanor Raymond to build the first modern solar-heated house, in Dover, Massachusetts. Wholeheartedly immersing herself in her subject, she not only planned the system to be used but also lived in it for several months to test its effectiveness.

The 1947 Solar House devised by Maria Telkes and Eleanor Raymond.

Over the years, Maria continued to develop various solar-energy applications, earning more than 20 patents over the course of her career.  She continued experimenting, developing a solar-powered stove and in the 1970s worked on an air-conditioning system which would store cool night air for use in the daytime.

In 1977 Maria retired as a senior scientist at the University of Delaware but continued to work there on a consultancy basis into the 1990s, dying in 1995 in Budapest on her first return visit since 1925.

A fitting epitaph, written by CPA Global’s* Mandeep Baweja sums her up-

“For centuries, humans have tried to capture the natural energy radiating from the sun. Maria Telkes was no different, except that she discovered practical uses for the sun’s energy”.

As Maria herself said – “Sunlight will be used as a source of energy sooner or later.  Why wait?”