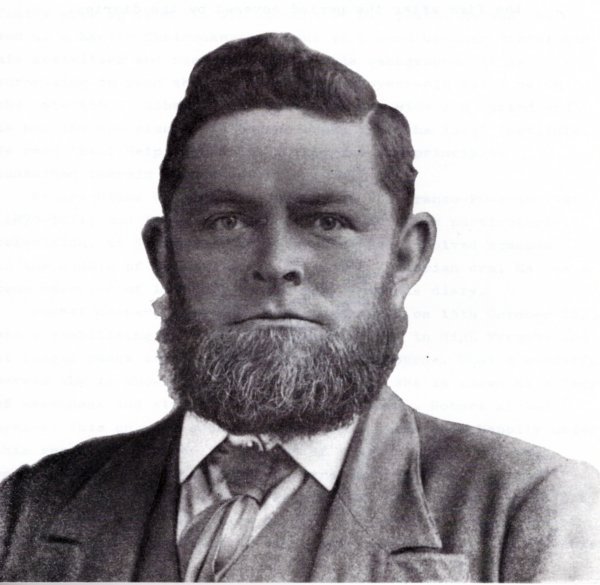 Diaries of a Country Miller at Pangbourne, Berkshire

Robert Stone was baptised on 28 February 1852 in High Wycombe, the son of Alfred Stone, Master Chairmaker and his wife Ann nee Atkins. Robert went to the National School in High Wycombe, gained eight prizes and left in August 1863 to go to the Royal Grammar School, where he gained another eight prizes, and left at Christmas 1866. He then went to look after Mr. R. Pearce’s Temple Mill and was bound as an apprentice on 14th March 1867, for four years.

Robert wrote a series of diaries, starting from 1868 when he was still at Temple Mill, two years into his apprenticeship, and continued until 1881.  From his diary we know that he was 5 feet 2.5 inches and weighed about 10 stone[i]

As an apprentice at Temple Mill, he did not write about his knowledge of the mill and its practice, but, over time, he became more and more proficient and was able to take over Pangbourne Mill. Pangbourne Mill, with Robert Stone as the tenant, was a trading mill with two waterwheels and four pairs of millstones. From there he developed more of his skills as a miller. He briefly looked at Ramsbury Mill on the River Kennet in Wiltshire, but eventually, although unrecorded in his diary, he expanded his business to include Tidmarsh Mill in 1888.

As the reader we get an idea of his successes

and the problems he faced:

“Work from 7:30 to 9. Stayed late dressing and furrowing the wheat stone. A piece of steel flew into my left eye. Very painful.”-
Robert Stone, Wednesday 8 March 1871.

Robert Stone’s diaries give us a rare and fascinating glimpse into the day-to-day working patterns and activities of a Victorian country miller, often working very long hours (12-17 hours a day) in difficult conditions. The water level at Temple mill was often low so he had to take the wheat to be milled at Ash Mill which had a Steam Engine and water power.

These diaries teach us so much about owning a water mill in South East England during the 1870s, with additional information including details of his accounts and expenses in his diary entries; his yearly accounts and upon leaving Wycombe for Pangbourne Mill.

Robert Stone became a part of the local milling fraternity in Berkshire, a hard-working community that was very willing to help all its members during difficult period. In his diaries, Robert Stones writes of the advice he receives and the help of Mr Wooster of Mapledurham Mill.  They became good friends and Robert regularly walked (or rowed) the two miles or so to Mapledurham for advice and often ended up staying for tea and a relaxing chat afterwards whilst smoking their pipes.   George Collier, Wooster’s mill-hand, helped Robert to raise and dress millstones at Pangbourne Mill. In return, Robert wrote a letter for Wooster advertising for a miller, so perhaps Wooster was illiterate or not very confident about business matters.  He also advised Robert on how to cope with theft and with purchasing wheat. Robert also borrowed wheat to help his production.

A significant entry is on 4 January 1873 when Wooster explains to Robert Stone that his two millers have been robbing (defrauding) him over the past 18 months of nearly £300.  The story goes that Wooster and Stone sat in Mapledurham mill waiting with a shotgun for the miscreants.  Perhaps that was warning enough, although Stone doesn’t mention this excitement in his diaries, so the source for the story is unknown.

He became a member of the Reading Corn Exchange and the London Corn Exchange in Mark Lane, and bought much of his grain there. He still had to find outlets among bakeries in towns, including Reading, Wallingford and villages close to the mill.

Robert’s diaries give a fascinating glimpse into the social history of the time. We learn of his personal hobbies and interests from reading, learning shorthand, fly-fishing, Buckinghamshire Rifle Corp Volunteers, choir practices and learning to play the violin which he played to pass the time when he worked very late. He attended church and chapel.  However, once he was running Pangbourne Mill, he doesn’t seem to have much leisure.

He was an avid reader and borrowed many books from the local Institute libraries in Wycombe and Pangbourne including military history, politics, engineering and self-help books. He read “Self Help” by Samuel Smiles with much admiration, that he quotes his words and it is clear it became a source of guidance for him.  He also went to lectures and regularly read national and local newspapers.

Military history and the military events of the time appear to have been of much interest to him too. He recorded the events in the Franco-Prussian War (1870-71). It is remarkable how he was not only able to learn of these events at a time without radio or television, but the way in which he wrote of them amongst his account of his day.

“Work from 7:30 to 3… Millwrights worked all night last night. Conditions of peace between France and Germany nearly settled.” –
Tuesday 28 February 1871.

It is also fascinating to read of his trips and adventures on days off, and his travels around the country on day trips and to France, his trips to Reading on the train, walking and cycling.
Rachel Cooper, whom Robert Stone married on 15th October 1873 in High Wycombe, also takes up a large portion of his diary entries. She became a stabilising factor throughout his life encouraging him to give up drinking. It is lovely to be able to see how their relationship developed over their four-year courtship. They became engaged on his 21st birthday, and were married 4 months later.

By 1881, Robert is described in the census as a Master Miller employing two mill hands and one carter.  The family also kept a servant. His diaries gradually became less and less detailed, but still provide us with important dates in his life, and events in the local area. Unfortunately, he ceased writing his diary rather abruptly. However, it is possible to imagine why- he and his wife eventually had 11 children, but two sadly died- with a mill to run and a large family it is easy to imagine that he would have had little time to continue writing!

An obituary appeared in the Reading Observer and Reading Mercury on 26 October 1918.  This provided a great deal more information about Robert Stone’s life and standing within the local community of Pangbourne and Tidmarsh.  He was widely respected in the local milling fraternity and helped fellow millers with business matters.  It appears that he was a champion of public rights and privileges – often called upon to chair protest meetings and was a masterful interrogator of opponents.  However, his general disposition was genial.  Robert was a member of both the Reading and London Corn Exchanges and trademarked his Stone’s Perfect Whole Wheat Meal with its “rich nutty flavour”.  He was also a respected Judge of Corn for the South Berkshire Agricultural Association.  He was churchwarden from 1890 and Chairman of the Vestry Committee as well as a Parish Councillor and presided as Chairman .  As a Trustee of the Breedon Educational Charity he helped to provide a parish school for poor boys.  He helped form the Pangbourne Fire Brigade (now part of the Royal Berkshire Fire and Rescue Service), formed the Pangbourne Drum and Fife Band (still going as the Pangbourne Silver Band) and formed the Pangbourne Working Men’s Club and Institute (still operating today).

[1] Robert Stone: Miller of Pangbourne/ J Kenneth Major.- TIMS, 1980 (Biblioteca Molinologica, no.5) extracted from the Diaries of Robert Stone of Pangbourne Mill 1868-1881, held at the Museum of English Rural Life, University of Reading.