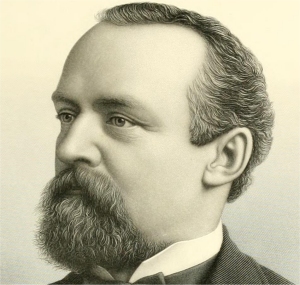 Education: He attended a village school until he was 12 years old and then went to a city school in Concord, New Hampshire, where he graduated from aged 16. He graduated from Dartmouth College in 1863 after spending four years studying there.

Notable Accomplishments: Founded Charles A. Pillsbury & Co. and purchased or leased numerous properties for this company, including the Pillsbury B mill, Empire, Excelsior and Anchor Mills. After visiting Europe and seeing the Hungarian methods, he was persuaded to install roller machinery into these mills. He was one of the first to do so in America and his mills were a success with the Pillsbury brand still existing in America today.

Attributes: ‘Charles A. Pillsbury; his unostentatious generosity, his ability to grasp and instantly comprehend a business situation, his apparently intuitive understanding of the necessary measures involved, and the extraordinary rapidity with which he acted upon judgement…a brain capable of conceiving and executing with marvellous facility and accuracy.’ (Pegler, Arthur James, ‘Some Pillsbury Stories’, The Northwestern Miller, 11 October, 1899, pp.703-704.)

Personal Life: Married Mary A. Stinson, daughter of Captain Charles Stinson, on 12 September 1866. They had four children, George Alfred and Margaret Carleton, both died in childhood. Twin boys, John Sargent and Charles Stinson, were born in December 1878 and both survived.