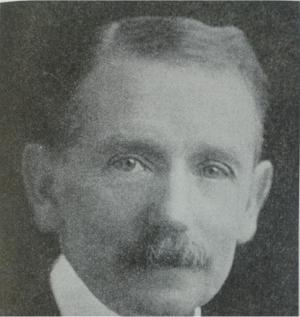 Education: Received his education at the City of London Schools and then studied in Germany.

Notable Accomplishments: Invoice clerk for the grain merchants Alexander & Co in London. Moved to Liverpool where he acted as a grain broker and dealer. In 1888 he founded The Liverpool Corn Trade News and the Northern Publishing Company to allow him to engage in commercial printing. Remained editor of The Liverpool Corn Trade News until 1934, whilst also being editor of the publication Milling, which he founded in November 1891. He built up business relations overseas, mainly in America and Europe, and promoted trade between Britain and these countries.

Other Acts: During the war he gave reports to the government and departmental committees about the nation’s food supplies. Served as secretary for the Liverpool Economic and Statistical Society. Co-warden at St. Luke’s Church, Liverpool.

Attributes: ‘one who did so much during his lifetime for the grain trade not only in this country but of the whole world… with great courage, tenacity of purpose and a high sense of duty, he overcame all difficulties…As long as the corn trade endured, the name of George James Short Broomhall would always be held in the highest affection and esteem.’ (‘Corn Trade Tribute’, Liverpool Echo, Thursday 10 August 1939, p.7)