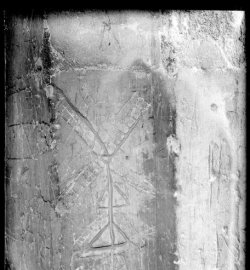 Thomas Brownlee Paisley, of St Ives in Cambridgeshire, was a long standing member of the Newcomen society (The International Society for the History of Engineering and Technology), helping the society in many unobtrusive ways as well as serving as vice-president and a council member. He came from a well-known family in Glasgow, his father sadly having been killed during the Great War. Educated at Uppingham, he read economics at Cambridge and then joined the family firm of Brownlee & Co. Ltd., Scotland’s leading timber merchants founded by his great uncle in 1849.

As a peace-time Territorial Officer in the Royal Artillery he was called to the colours in 1939 and passed through Staff College. Later he was engaged in photographic intelligence duties with the Fleet Air Arm in the Far East, serving afloat in aircraft carriers. He was demobilised in 1946 with the rank of major and re-joined Brownlee & Co. but left them in 1949 to farm at Holywell, Cambridgeshire, where he remained. A man of many interests, he was avid to learn all about each of them. Many of his friends who read papers to the Newcomen Society have acknowledged his skill in preparing slides from their illustrations.

Elected to the Newcomen Society in 1948, he became one of the first trustees of the Stretham Engine Trust in 1959, a member of Council from 1961 to 1970 and a Vice-President from 1970 to 1976. He also served on the Publications Committee for fourteen years where, in addition to editorial work, he found storage on his farm for the Society’s stocks of extra publications and letterpress blocks whilst acting as a local liaison with the printers of their Transactions in Cambridge. He contributed one paper to volume 36 of Transactions entitled ‘The Fowells of St. Ives, Engineers and Traction Engine Builder’.

Apart from the Newcomen Society, Mr Paisley was well known in steam road locomotive circles and became national President of the Steam Road Locomotive Society. He owned several restored engines which he took pride in making available for local rallies and country shows. He was also active in local affairs and became churchwarden at Holywell. Perhaps his most satisfying interest was music, in which he was an accomplished performer, sharing his knowledge and appreciation liberally with his friends.