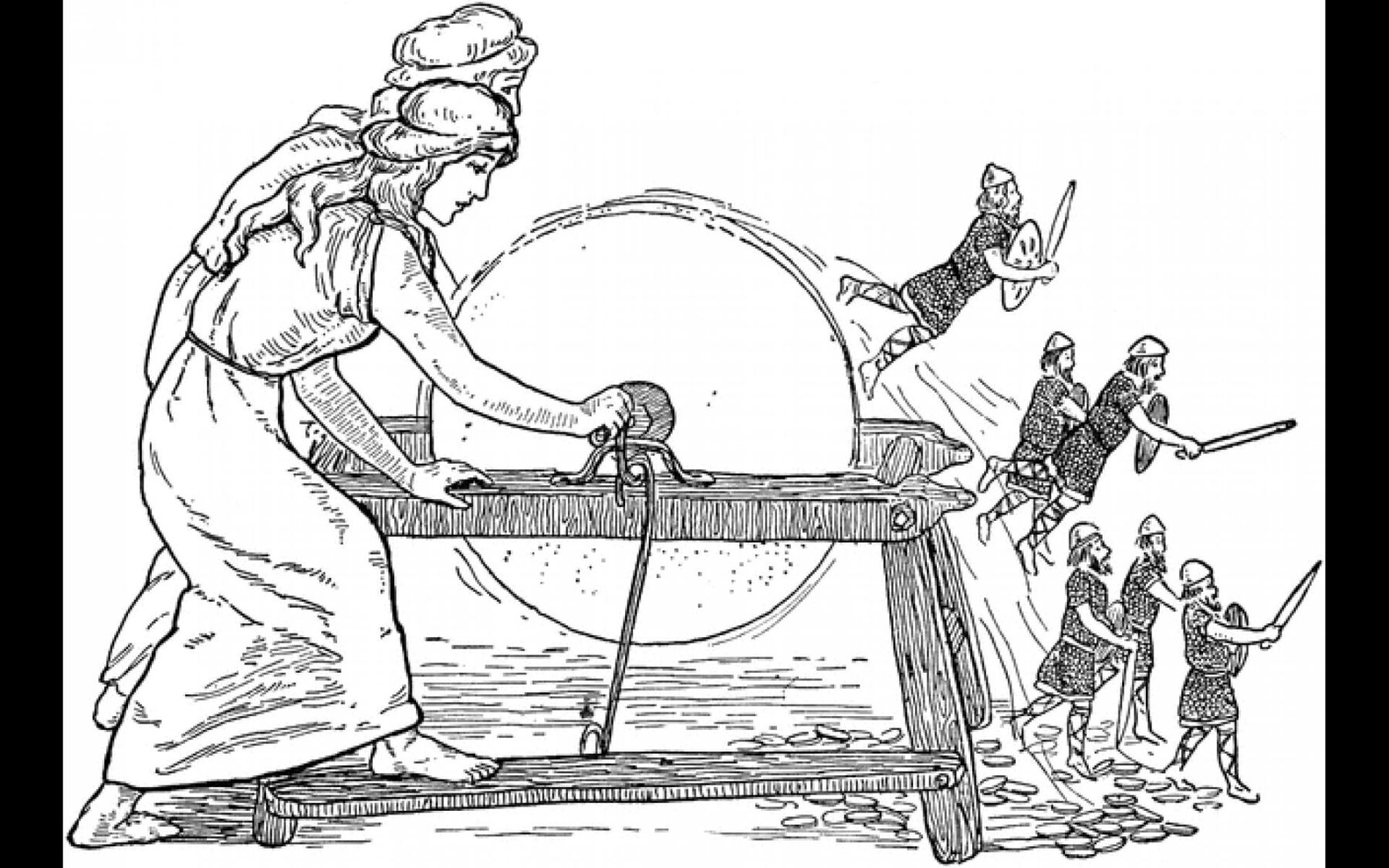 To moil at the mill, the maids were bid

To turn the grey stone, as their task was set

Lag in their toil, he would let them never

The slaves’ song he unceasing would hear

My eye sees fire east of the castle;

Hosts of foemen hither will wend

To burn down the hall over thy head.

It seems that Frothi gained the throne by killing his brother, Halfdan, and his relatives are coming to seek vengeance. The events are referred to in more detail in other, sometimes contradictory, Scandinavian sources, as well as the Anglo-Saxon poem Beowulf. Interestingly, in Latin versions, the name Frothi is rendered as Frodo, which was J R R Tolkien’s source for the name of the character in The Lord of the Rings.

But the story of the mill wasn’t over. Although in the poem, it seems the efforts of the slave girls have broken the mill apart, a later version gives a different account. Here it was Mysing, a sea king (ruler over a fleet of ships) who defeated Frothi, and took the mill and the slave girls with him. As they sailed away, he asked them to grind salt. They ground until the ship sank beneath the weight of the salt. The mill sank to the bottom of the sea, still grinding salt – and that’s why the sea is salty.

Illustration from an 1871 book